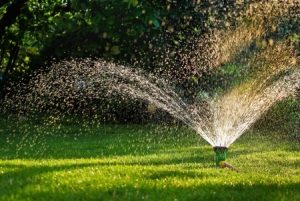 Your responsibilities as a homeowner sometimes seem endless, which is one reason that a properly functioning irrigation system is such an asset for your time management. A properly designed, installed, and maintained irrigation system will keep your landscaping healthy during the warm summer months in Washington. Taking certain precautions during the spring will help you ensure that your irrigation system is working flawlessly by the time that June rolls around.

Irrigation systems are meant to be low maintenance, but they do still require a certain level of care and attention. As the weather begins to warm up, complete a test cycle of your sprinklers to find any broken sprinkler heads. If your sprinklers are less than ten years old, you can simply select an option for a “test” that automatically runs each zone of your irrigation system, one at a time. As each zone runs, you will have the opportunity to identify any areas where water flow isn’t as controlled as it should be.

There are many potential causes of improper water flow. First, a sprinkler head might have been broken by a lawn mower or some other major force. You’ll know the sprinkler head needs to be replaced if water shoots out like a geyser instead of in the normal controlled manner. It’s also possible that a sprinkler head is simply clogged with dirt, mulch, or minerals from hard water. The most obvious sign of this problem is decreased water flow, and you can solve it by cleaning the sprinkler spray head from the inside. If the sprinkler head isn’t visibly broken or clogged, its rubber seal might be so worn down that a leak has formed. At the point that the leaking water flows down in a river, you need to replace the sprinkler head.

Like symptoms of an illness in your body, it’s often easy to spot symptoms of a malfunctioning irrigation system by looking at your grass. Is one specific area of grass brown while the rest is green? A sprinkler head might need to be replaced in order to help water reach that dying area. On the other hand, if certain areas of your lawn look too much like swampland, you likely have a serious leak to resolve or your irrigation system needs to be reprogrammed to water less often.