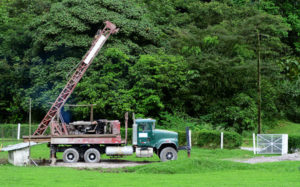 At the end of July, the Washington state legislature failed to make an important vote on the issue of Hirst water rights. As a result, families and homeowners have been forced to endure a moratorium on new water well installation. Whether you’re a rural land owner or a potential home buyer, this moratorium could impact you as well.

A Brief Introduction to the Hirst Decision

The Washington State Supreme Court decided last fall in favor of Eric Hirst. Hirst successfully sued Whatcom County in an effort to challenge approval of new private wells on rural land. As a result, the Supreme Court ruled that individual counties, not the Department of Ecology, now hold the responsibility to determine if adequate water quality and quantity exists before a new well is approved.

However, counties don’t have the money, resources, or staff to make such important decisions. The expenses are being passed onto rural landowners, who likely cannot afford to pay a hydrologist to perform a full study of their watershed. To make matters worse, as a direct result of the Hirst decision, some financial institutions are no longer willing to lend on properties in Washington that had wells drilled after October 6, 2016.

The House and the Senate

The Washington state legislature recently adjourned, marking a failure to negotiate the Hirst decision like many had hoped. The House and Senate had planned to negotiate a deal that would have allowed the Department of Ecology to resume the responsibility of approving private wells, but after leaders in the House backpedaled, the negotiations fell through. The Governor has agreed to call a special session to resolve this issue if legislators can agree on a fix.

This moratorium has left many families doubting their futures. Land without access to water is virtually useless, so many people now find themselves questioning the land they had been counting on for retirement, family use, and other purposes. All of this is ironic, considering that private well systems use water more efficiently than any other residential water source. According to the Department of Ecology, 80 to 90 percent of well water is returned to the ground, which minimizes pollution problems and supports streams and groundwater supplies.

Ending this moratorium and reinstating the ability of landowners to install private wells could be a complicated process. Some people advocate for a temporary fix, while others believe an entirely new plan to address water resource planning must be implemented. The best way for residents of Washington to make their voices heard is to call and email state legislators. If the House will vote in September to return the power to approve wells back to the Department of Ecology, landowners can regain full value of and control over their properties.