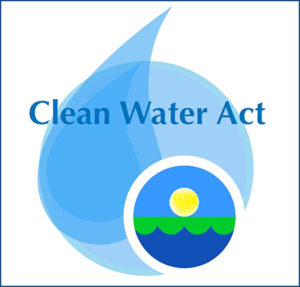 Pollution has become a fact of life, and in today’s society pollutants are more prevalent than ever before. Chemicals, heavy metals, fertilizers, and other toxins are dumped into the water and released into the air every minute of every day. However, the Clean Water Act has the potential to minimize some pollutant discharge with the concept of “zero discharge.” It sounds too good to be true, so will it ever become a reality?

An Introduction to the Clean Water Act

The Clean Water Act (CWA) was first passed by Congress in 1972 under Richard Nixon. It was the first legislation of its kind to create nationwide standards for the industrial discharge of wastewater. According to the CWA, the discharge of pollutants from any man-made conveyance, like a pipe or tank, into the waters of the United States is illegal. The only way to discharge pollutants into American waters is to obtain a permit.

An NPDES permit allows industries to discharge pollutants into the water under specific guidelines. Each permit outlines limits on what can be discharged, how to monitor and report the requirements, and other provisions to prevent pollution discharge from hurting public health or water quality. However, since some permits contain general language like “best management practices”, it’s not uncommon for industries to push the limits of the regulation and ultimately harm waterways.

As technology becomes more advanced, it is worth taking the time to reimagine the idea of zero pollution discharge. How many industries have permits right now to discharge pollution that could actually use innovative technologies to minimize or completely eliminate pollution altogether? Until industrial waste management operations put more energy into achieving zero discharge levels than into obtaining NPDES permits, homeowners using well water will need to make the treatment and filtration of their water a top priority.

Given the extensive number of toxins found in untreated water, be sure to reach out to a local water professional like Aquatech Well Drilling and Pumps in Sedro Woolley, Washington. Aquatech offers water softening, sulfur gas removal, water conditioning, heavy metal removal, reverse osmosis for salt water, and many other services that will make your well water safe for consumption. Contact Aquatech today at 360-474-7980 to implement the best solutions for your well water.