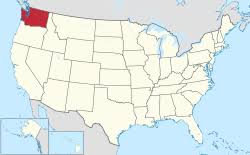 After months of a controversial well drilling moratorium, Senate Republicans recently pressed Washington Governor Jay Inslee to take a more active role in negotiating legislation that would finally grant permission for rural landowners to drill wells on their land. The Supreme Court’s Hirst Decision is responsible for the well moratorium that Washington’s legislators have yet to resolve. Could the Governor finally lead his state to a solution?

The Washington State Supreme Court decided last fall in favor of Eric Hirst, who successfully sued Whatcom County in an effort to challenge approval of new private wells on rural land. As a result, the Supreme Court ruled that individual counties, not the Department of Ecology, now hold the responsibility to determine if adequate water quality and quantity exists before a new well is approved. However, counties don’t have the money, resources, or staff to make such important decisions. The expenses are being passed onto rural landowners, who likely cannot afford to pay a hydrologist to perform a full study of their watershed. This has led to a moratorium on well drilling on rural land in Washington.

After a recent study by the Building Industry Association of Washington claimed that Washington will lose nearly $7 million a year in economic activity as a result of the moratorium, 21 Senate Republicans wrote and signed a letter to Governor Inslee stating that, “Rural families seeking to build a home on their property should take precedence over investment in government buildings. A real Hirst solution must come first.”

The Governor, on the other hand, indicated in April that he doesn’t believe the Hirst decision should distract lawmakers from issues he considers more important. Since Republicans and Democrats have been unable to agree on a program that would offset the impact of new wells, based on the Hirst decision’s requirement that landowners prove their new wells won’t diminish existing water rights, many are looking to the Governor to intervene and offer a solution.

According to Senate Agricultural Committee Chairwoman Judy Warnick, “A governor is elected to lead the state, and I feel there has been a lack of leadership on this issue. Often I’ve see a governor step in when legislators can’t reach an agreement, and this governor hasn’t done that. Inslee should convene a special session to address the Hirst ruling and pass a capital budget.”

Only time will tell how the government will go about finding a solution for rural landowners who need to access wells on their properties.